The strength of the linear association between two variables is quantified by the correlation coefficient.

Formula for correlation is as below

the least-squares regression line will always pass through the means of x and y, the regression line may be entirely described by the means, standard deviations, and correlation of the two variables under investigation.

Pearsons correlation coefficient is a measure of the linear correlation between two variables X and Y. It has a value between +1 and −1 2.t is obtained by dividing the covariance of the two variables by the product of their standard deviations.

Goodman and Kruskal’s gamma is a measure of rank correlation, i.e., the similarity of the orderings of the data when ranked by each of the quantities. 5

You can find his report here

Now let us try to calculate these correlations using python, you can find code below

output is as below: 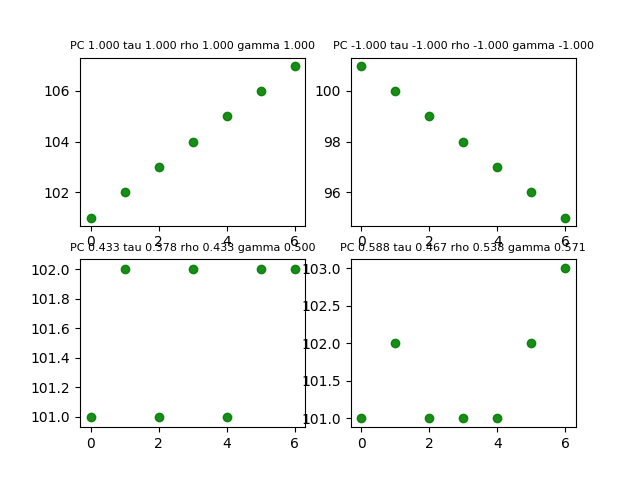